Over decades of mass extraction, global consumerism and irresponsible waste disposal, ocean trash has become a major problem on a planetary scale. There’s so much plastic and garbage floating in Earth’s seas today that it’s now accumulated into patches that are thousands of miles across.[1] 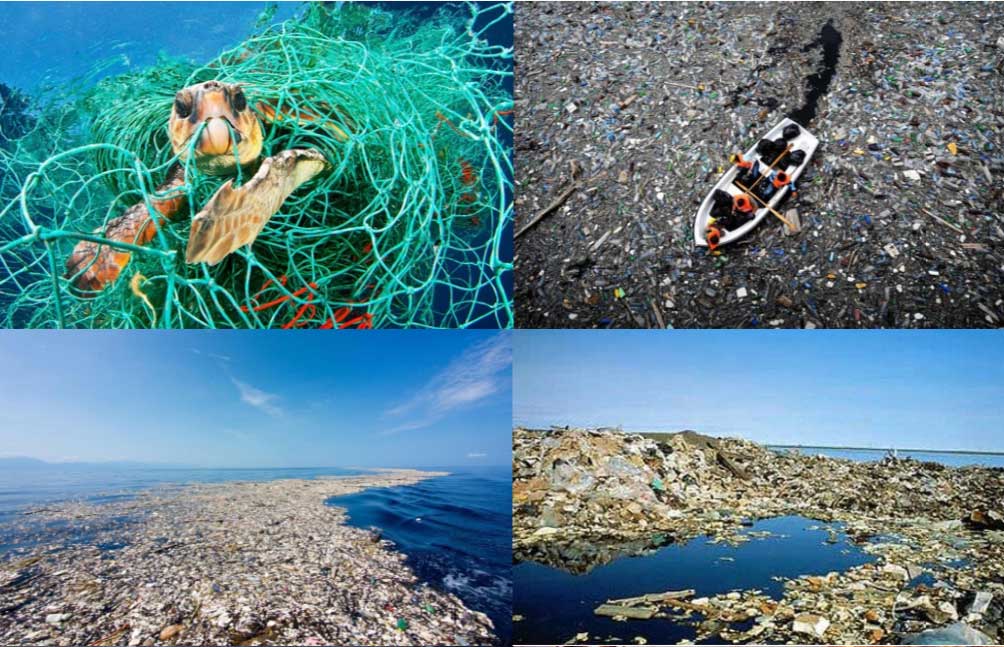 Each major ocean has a large garbage patch. The picture above outlines the “great pacific garbage patch,” one of five worldwide.[2]
Worse, trash from these piles is continually decomposing into smaller pieces – and these smaller pieces are being consumed by marine life. This poisons the creatures it doesn't kill, which eventually makes its way into humans when we eat seafood. Currently, some 3.2 billion people rely on seafood for almost 20 percent of their animal protein intake.[3]

Science and society are well aware of this problem and have invented promising tools to help combat the growing threat of ocean trash. The Ocean Cleanup Project, for instance, recently launched a gigantic sieve consisting of floating pipes and netting that corrals trash into a U-shape for future processing.[4] In concept, several of these sieves would float with ocean currents to slowly accumulate ocean trash over time, with the hope of eventually improving marine environments.

But that step of “accumulation” presents another important question. Once the trash is corralled, what do we do with it? And how does cleaning up ocean trash in one place prevent it from being reintroduced to marine environments elsewhere? This project's answer to this question is called a proposed ocean-cleaning system called a "Trident Facility." 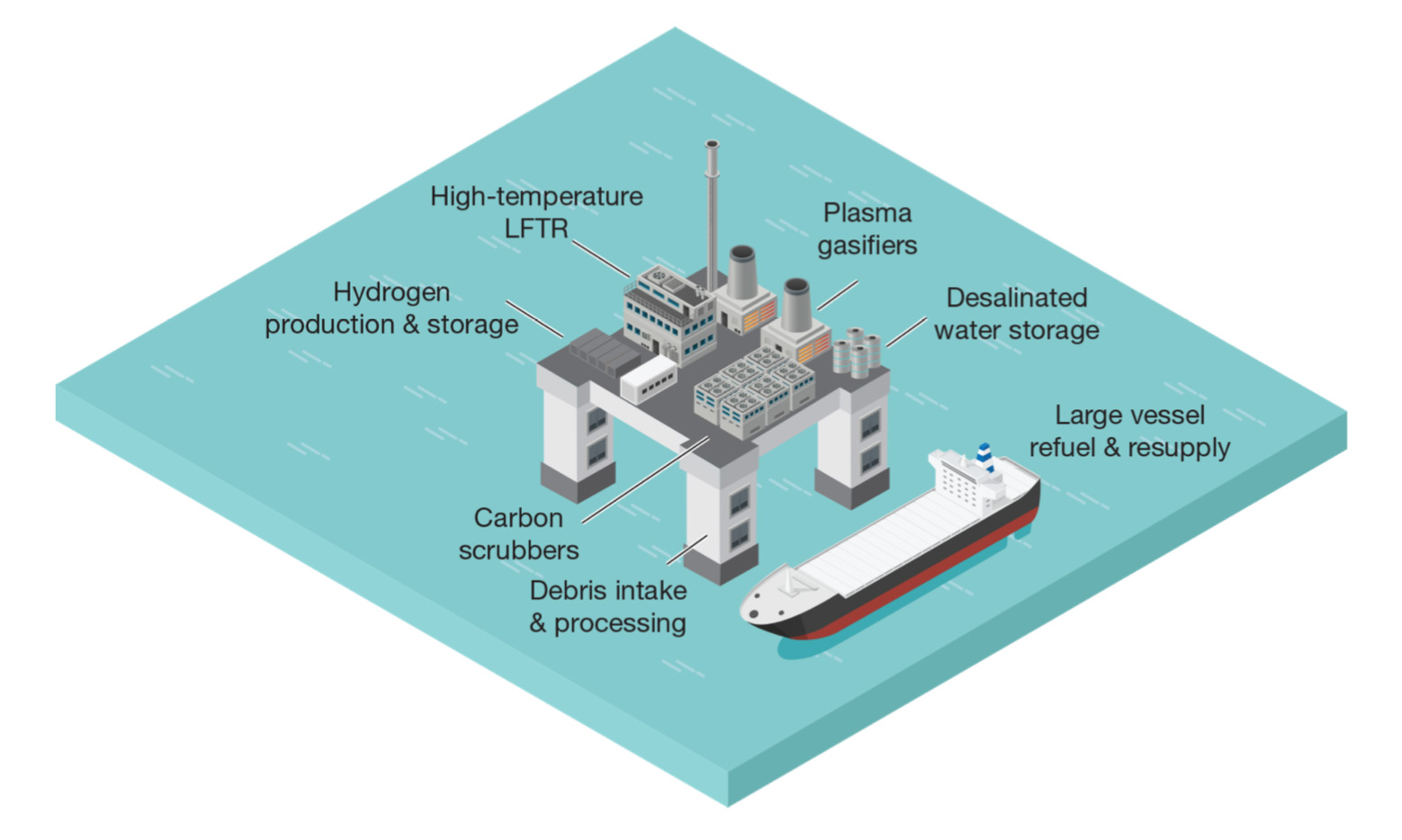 A Trident Facility is built like an offshore oil rig – a large, nigh-indestructible floating facility that can navigate any ocean in the world. Yet instead of drilling for oil, it both synthetically produces resources and disposes of ocean trash cleanly and safely.

Taking a page from the Cogeneration Plant’s playbook, Trident Facilities deploy several technologies in a cogenerative capacity to use excess energy to produce supplemental resources and cleanly dispose of ocean trash. Here’s how they work:

Trident facilities earn their namesake because they perform three unique roles: ocean cleanup, resource production and atmospheric scrubbing: three points of Poseidon’s trident. They enable us to work to eradicate ocean trash, while using the byproducts to make useful materials. This helps us come ever closer to the material revolution Universal Energy seeks to make the new normal.

Click the button below to see how Universal Energy can help clean our oceans and build a clean energy future: