"Water, the hub of life. Water is its mater and matrix, mother and medium. Water is the most extraordinary substance. Practically all its properties are anomalous, which enabled life to use it as building material for its machinery. Life is water dancing to the tune of solids.."
- Albert Szent-Gyorgyi

So far, the Scarcity Zero framework enables production of three out of five critical resources: electricity, water and fuel. But while electricity and fuel can be transported relatively easily, water is a different story. We might be able to leverage Multi-Stage Flash Distillation technology to produce a lot of water at the coasts, but how do we get it inland?

Scarcity Zero’s proposed answer to that question is the National Aqueduct, a system that arguably functions as the heart of the framework. In concept, it’s a nationwide array of modular, above-ground pipelines and storage facilities intended to transport billions of gallons of water to any location in the country. In function, it serves four critical roles:

Thanks to three things we’ve been perfecting for the past 50 years: oil pipelines, high-voltage power lines and interstate highway networks, not only do we have the free space and wherewithal to build this system, we’ve already built it for other substances – at higher stakes and with higher difficulties. To elaborate, consider a series of three images. First, if you recall from Chapter Two, we see that our nation has a highway system connecting nearly every area of our country: 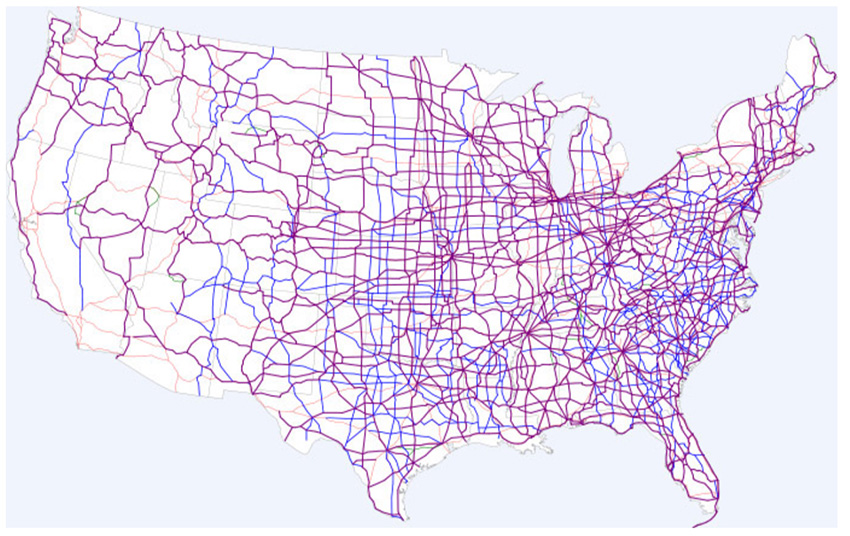 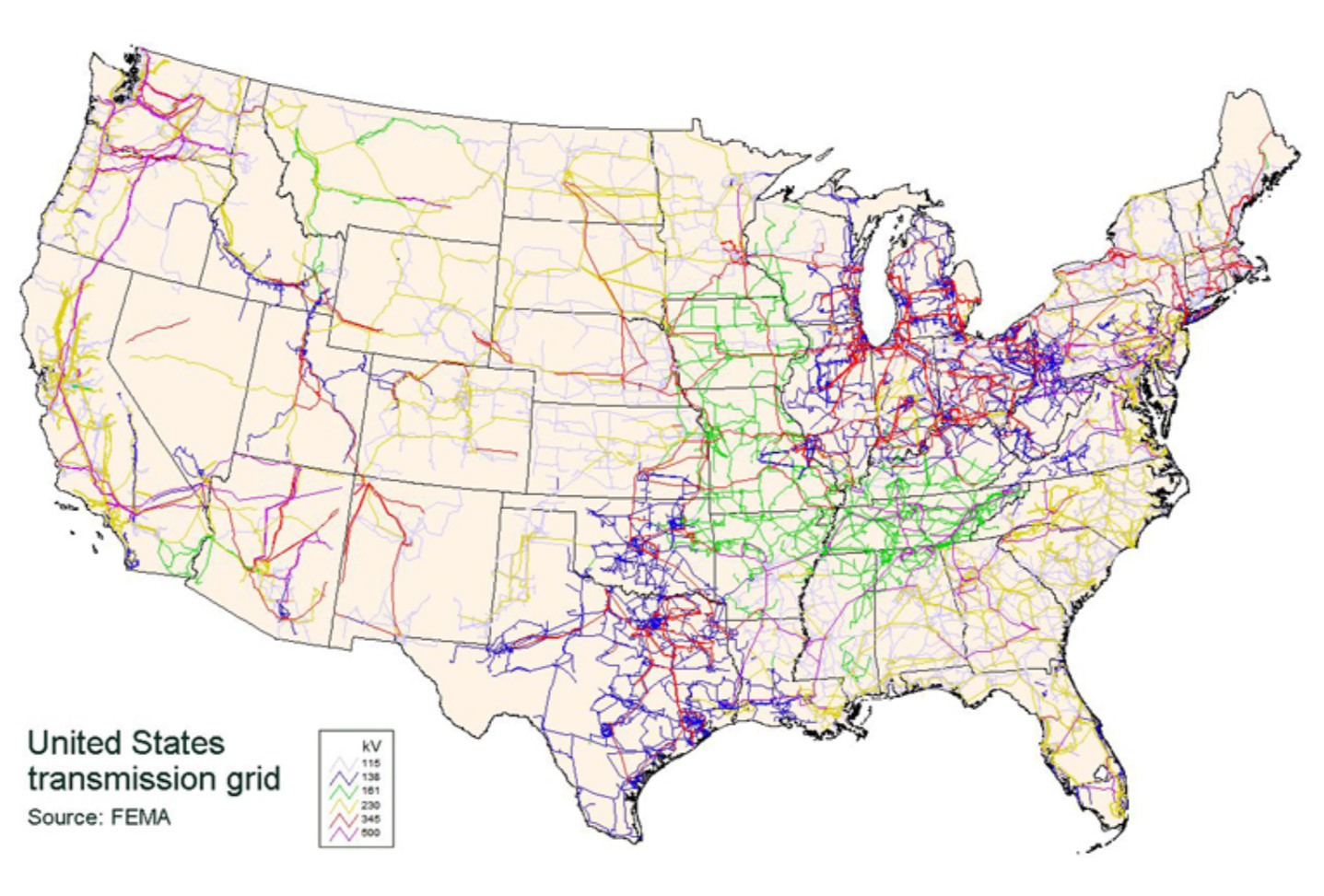 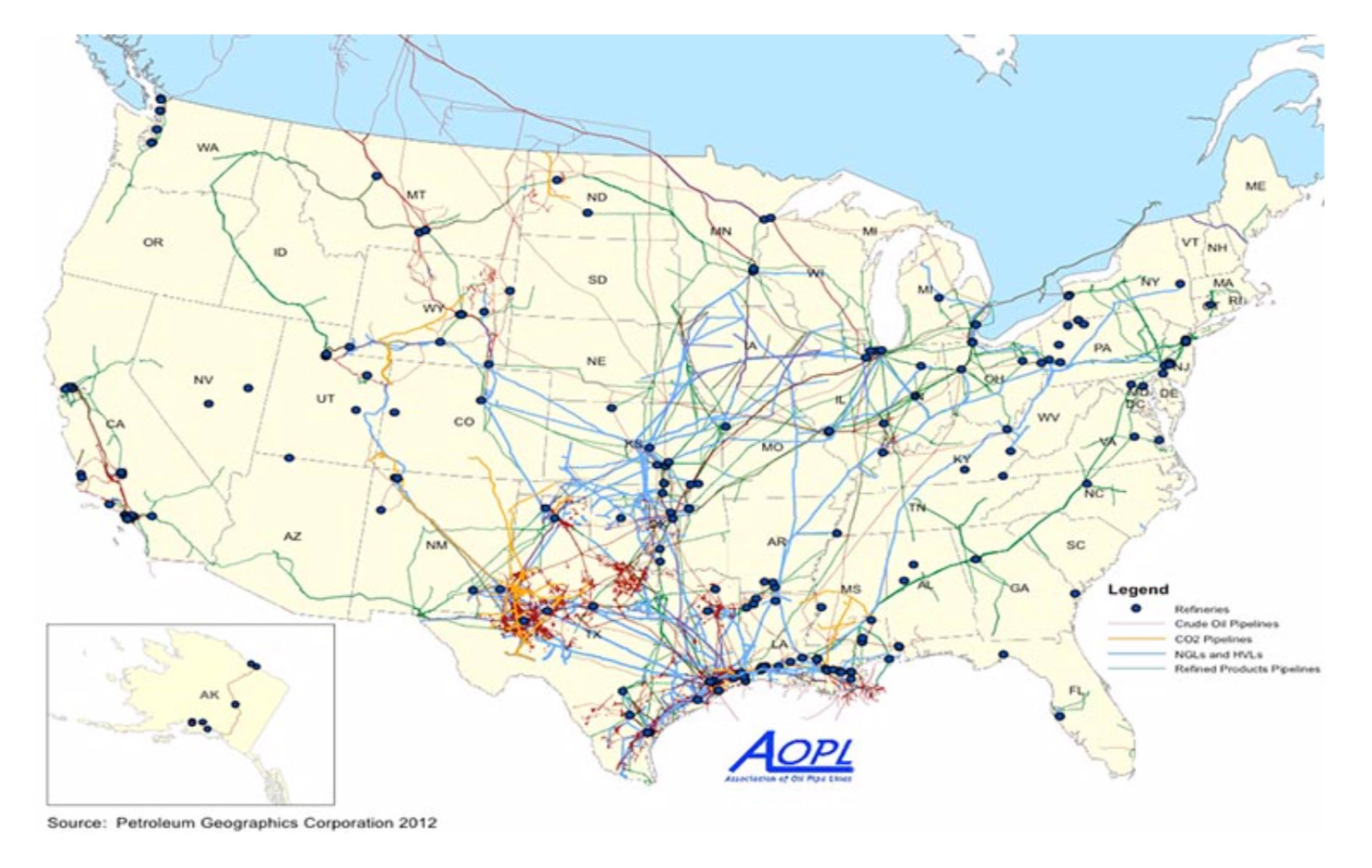 From these maps, we can derive two important conclusions:

Much of the work involved with developing a National Aqueduct has already been done for us in terms of research and development, engineering, and methods of implementation. But to have the National Aqueduct accomplish its intended goals and meet our needs in full, we’ll need to establish a few requirements for the system:

Efficiency, reliability and affordability: Humanity has a fresh water requirement of trillions of gallons a year. While Scarcity Zero is capable of producing that much water in abstract, delivering it with any effectiveness must be efficient and inexpensive. A water delivery system must also be reliable, as any given industry or city can’t depend on an external water source if its reliability is questionable.

Scale of delivery: Whatever system we use to transport fresh water must work over thousands of miles, as water must be delivered from the coasts to areas deep inland. And as the land we have to work with isn’t flat with consistently warm weather, this system must also be deployable over varied terrain and climates – especially cold climates.

Control of operation: A water delivery system must be locally controlled, as a centralized control structure would be incapable of efficiently managing the water requirements of every agricultural and population center throughout the country. There must also be redundancy in the system – for example, allowing a city in the central United States to receive water from multiple routes in case one becomes incapacitated by some unforeseen event, such as a tornado or earthquake. This calls for a “smart” system approach that would have the ability to both monitor and manage how water is distributed from the point of desalination to the final point of consumption – both locally, regionally and nationwide.

Modular construction and ease of maintenance: Modularity is essential to ideal system design, providing benefits and cost savings in terms of construction time, standardization, reliability and maintenance. Any system to transport water would have to meet these standards by allowing its components to be installed and/or replaced rapidly by design.

To meet all of these requirements, the National Aqueduct would be made of a “smart grid” of above-ground pipelines, storage tanks, and pump stations that would transport desalinated fresh water from the coast to any area inland. These pipelines would feature interior turbines and exterior solar panels that would generate electricity, a portion of which would then be used to keep the water supply hot to thermoelectrically generate power at night. If built, the National Aqueduct would enable us to provide for our national fresh water needs without having to rely on local water sources ever again.

That statement is worth repeating: The National Aqueduct, in conjunction with CHP Plants, would allow us to have unlimited fresh water. And that water would never need to come from the ground, a lake, or a river, unless we wanted it to. This would give natural water sources time to replenish, decreasing much if not all of the drought impact we’ve been experiencing as of late and benefiting the environment as a whole. 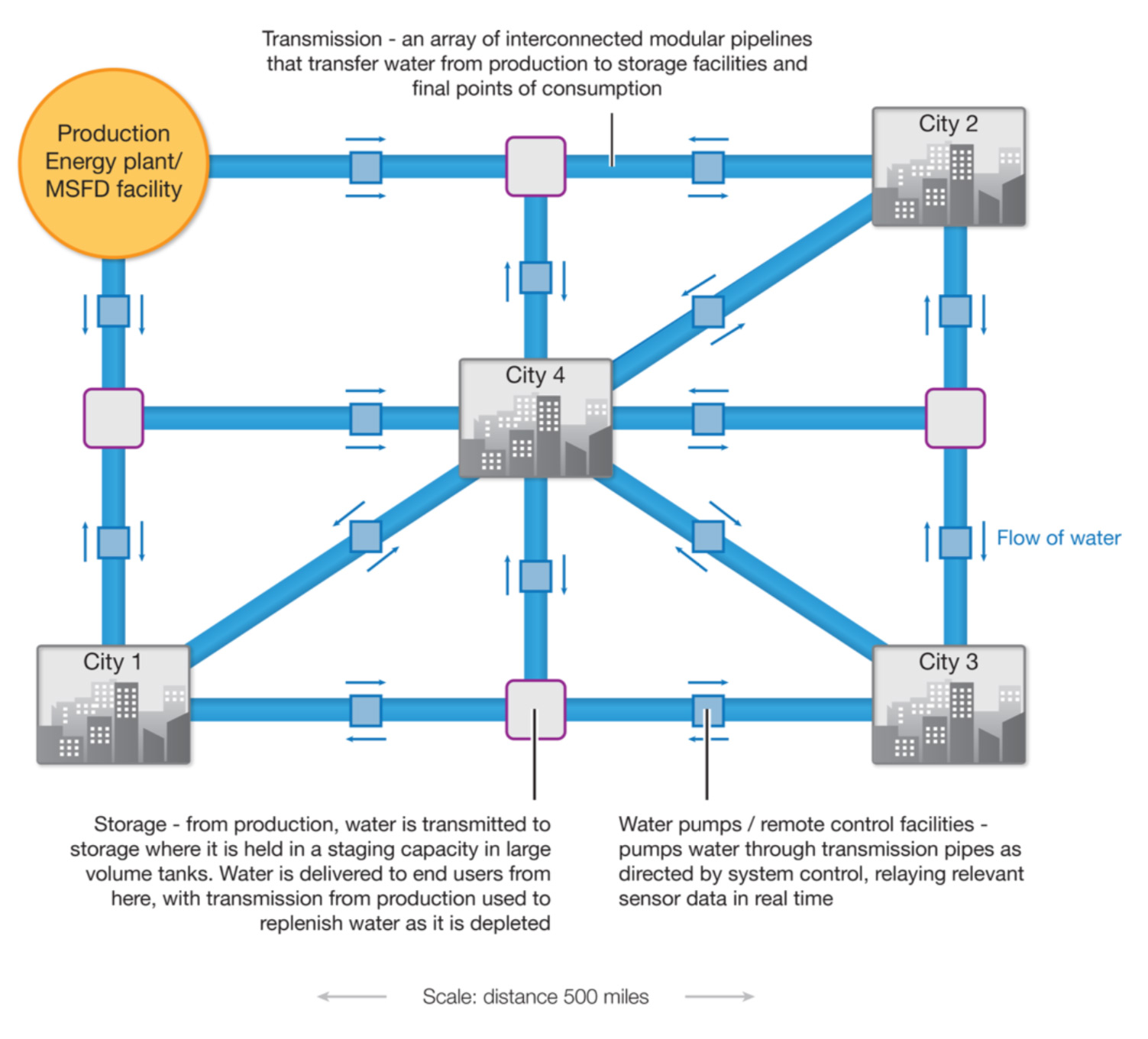