We’ve frequently touched on how Scarcity Zero is based on a mindset of standardization and modularity. If you recall, modularity is the idea of designing a system to be flexible yet standardized in deployment. A great example of this are USB accessories. Devices of all kinds – from webcams to smartphones to external hard drives – can connect to your computer via the same standardized USB port, yet can be modularly added, removed or swapped with ease.

Another familiar example is an AC power cable. Every electronic device in your home connects to power via the same type of standardized plug. Each device doesn’t have its own unique connection – that would be a crazy mess! That’s why they’re all built to a universal standard. Audio/visual ports (HDMI), and Bluetooth devices are all extensions of this idea.

Standardizing a function to be modular reduces complications for building things and lowers the bar (and research + development costs) for manufacturing. For these reasons, standardization and modularity are driving principles when building sophisticated products. But these principles have only been taken so far.

We saw earlier how most power plants are built as unique entities – they might standardize a doorway, railing or stairwell, but the system as a whole is essentially made to order. The same is true with most larger-scale things in our society. With few exceptions, every bridge built, tunnel dug, railway laid or building erected was done so as a custom entity – made to order, each and every time. This is because we are presently living in a world with technical limitations that would make it difficult to build something like a skyscraper or bridge on a factory assembly line. Removing this limitation is one of the final functions Scarcity Zero is intended to perform.

With a nigh-unlimited supply of all critical resources – especially energy, fuel and materials – we have the building blocks to build as much as we want, however we want. As we further have sophisticated computing and modeling, next-generation manufacturing with advanced synthetics and precise tolerances, we can automate the construction of sophisticated systems on a larger scale.

The application of this idea is commonly known as “prefabrication” – building something in a factory and assembling it at a final location instead of constructing it from scratch with basic building materials. It’s an approach we’ve been improving for years, but recent advances in manufacturing have enabled us to increase its scale, sophistication and potential applications.[1]

For example, this is a prefabricated house: 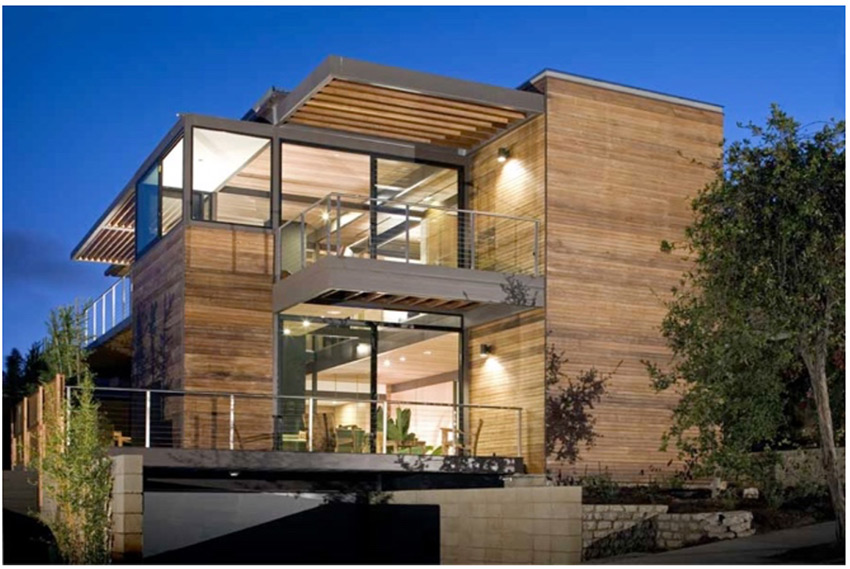 This house was not constructed at this location, it was assembled here. There were no workers on-site cutting wood for framing or nailing in subfloors. Pieces of this house were built on a factory assembly line, just like we build vehicles. They were delivered by a truck to a construction site, and this house was assembled in a matter of days.

This house came with a finished interior, with all electrical, plumbing and heating elements pre-installed. Should the homeowners decide one day that they want to expand the size of their home, it would be a matter of bringing in a new piece, removing modular components from the original house, and fastening the new piece into the whole. If they wanted to move, they could disassemble their house, put it on trucks, and assemble it again somewhere else. Essentially, we can now build houses with life-sized Legos.

Prefabricated houses have been growing in popularity,[2] especially since they offer high energy efficiency and durability. However, the price of these homes is still comparatively steep. Today, the cost to deliver a fully finished prefabricated house ranges between $140-$200 per square foot or more, considerably higher than the $125 per square foot national average for a traditionally constructed home.[3]

But this price range includes expenses inherent to any fledgling industry – initial research and development, prototyping, and marketing among them – and those costs have to be recouped through fewer sales in a smaller-if-growing market. The energy and materials needed to construct and transport these prefabricated homes are also a considerable expense. Scarcity Zero helps to mitigate these cost factors, and with current and coming advances in synthetic materials, the total cost of these houses could drop significantly.

Houses are only one example of the potential benefits of prefabrication, as practically anything can be built this way: LFTRs, renewable energy, Multi-Stage Flash Distillation Facilities, hydrogen production systems, CHP Plants, National Aqueduct and urban vertical farm components, Trident Facilities, and even larger buildings and civil infrastructure.

To understand the implications of prefabrication, take a look at the following two images. The image below and to the left shows the Boeing Corporation's Everett, Washington facility that can mass-manufacture a complete 737 jet aircraft every nine days.[4] Their flagship 787 Dreamliner aircraft can be manufactured to completion in as few as seventeen days.[5] (Don’t let the indictable corner-cutting[6] of the 737 MAX scandal fool you, either – both Boeing and Airbus have been mass-manufacturing commercial aircraft with 100% safety reliability for years). The image below and to the right shows a 30-story prefabricated structure built by the Broad Sustainable Buildings corporation in Changsha, China that was assembled on-site in 15 days.[7] That’s two stories of a building, per day.

For comparison: both of these feats were accomplished faster than the time it takes Budweiser to brew a bottle of beer.[8] 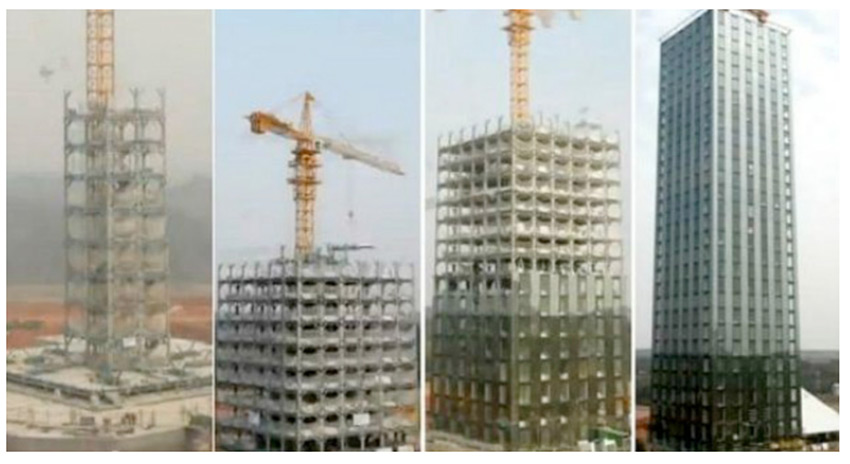