Reducing the operating expenses of businesses, both through drastically lower energy costs and enhanced tax incentives, stands to provide several avenues for job creation beyond the obvious potential presented by large-scale investment in next-generation energy and resource technologies. Remaining competitive in this new frontier will require as much investment in personnel as technology, both in terms of manufacturing, maintenance, marketing, managing and deployment logistics. This means jobs.

It’s true that in the past, certain historical instances of operating cost reductions have seen some companies choose to pay for increased executive bonuses and stock buybacks,[17] as opposed to workforce expansion and salary increases. But these have primarily occurred in instances where a company had entrenched dominance in their market sector and could comfortably afford to rest on their laurels to hold off emergent competitors who came to market with more nimble and disruptive approaches.

This possibility would be substantially harder with the market sectors opened up by Scarcity Zero, not only because the technologies (and thus industries) are in a degree of infancy that hinders monopolization, but also because The Public Interest company (in this model) would seek to prioritize contracts with companies who a) hire American, b) pay competitive wages and benefits, c) competes fairly and refrains from anticompetitive strategies, and d) takes strides to achieve a corporate classification that would only be granted after demonstrating a higher tier of operating ethics both to their society and workforce.

In such instances, the possibilities for job growth are enormous.

To see how, let’s quickly circle back to the estimated $246 billion American businesses would annually save under Scarcity Zero. At an assumed 25% tax overhead to hire a salaried employee at $50,000 per year ($62,500), this reduction in energy and fuel costs alone would be sufficient to create 3.94 million new jobs. Adding on the potential savings due to increased corporate classification, investment in next-generation industries and technologies, and the advent and functions of The Public Interest Company, and the potential job growth increases substantially.

Of the $663 billion congressional appropriation that would be devoted to implementing Scarcity Zero over a 10-year period, it’s essential to note that this money isn’t just sent into a void – it’s paid to enterprises who win contracts to develop and deploy the technologies inherent to Scarcity Zero under a transparent bidding process.

The first area to receive these funds would be engineering companies that develop the underlying technologies for Scarcity Zero. This will create job demand within a multitude of technical skills: physics and engineering, metallurgy, computer science, software development, graphic modelling, automated manufacturing, 3-D printing, quality control, human resources, project management, advertising and marketing (among others).

As these companies expand along with job demand, they in turn will need to expand their acquisition of materials and resources to develop the systems they were contracted to deliver. They will need to buy materials, tools, vehicles, fixtures, office space, uniforms, amenities and everything else that comes from the manufacturing world. All of this will create jobs.

It will also create job demand in industrial sectors these companies depend on to operate, which in turn will create job demand in all of the support and promotion positions that make their own business possible. This job demand will create additional demand for schools and the educators to staff them along with all of the support positions that make their jobs possible. The result is a cascading increase in job demand corresponding to a cascading reduction in operating costs – not only creating a next-generation economy, but also revitalizing the state of American manufacturing to a subsequently higher tier.

With the exception of advents in information technologies and weapons development, the overall state of American manufacturing has been in decline since the height of post-WWII boom years.[18] While there are myriad causes of this state of affairs, an investment Scarcity Zero enables us to chart a fundamentally different course towards a future where the American economy can reclaim its status as a global leader in technology, infrastructure and innovation.

Sparking a social drive to build advanced energy technologies and corresponding infrastructure gives us the head start on research and development within this new economic frontier. Further, by implementing them first in our country we would become the foremost experts in this sector and those surrounding it. And as we have engineered the technologies therein and have perfected their ideal means of deployment, we position ourselves to be their best purveyors to other countries. The potential size of this market internationally is easily in the trillions of dollars over the long term, as our expertise with these technologies would translate to repeat business in contracts for maintenance, upgrades, etc., providing future revenue streams to American business and our economy.

The social investments and derivative results inherent to Scarcity Zero and Collective Capitalism fundamentally makes life easier and less expensive. An abundance of inexpensive energy and resources reduces the cost of living and increases economic, career and social mobility. It further mitigates the scarcity and desperation-driven impetuses to engage in criminal activity. Life’s just “better” and people have more time and opportunities to engage in activities that they find value in – be it their family, hobbies, side projects or new vocations. In these circumstances, it is significantly easier for someone to start their own company, innovate a new idea or product, and/or invest either time or money in another venture they believe will ultimately have social value. It expands the purchasing power, investing power and financial influence of the middle class, and extends to them luxuries that were once available only to the social elite.

Effectively, Collective Capitalism leads to a world that is powered by resource abundance, a removal of need and a social safety net that is technology-driven, not by limiting the ceiling or redistributing from the top – but rather by using technology to simply raise the floor and the foundations on which it stands.

The chart below represents a concept known as “Maslow’s hierarchy of needs.” It breaks down the core needs of human beings, with the lower end of the pyramid represented by critical need that is resource-driven – the needs Scarcity Zero provides as a core function. This allows society to place increased focus on the remaining categories of need, encouraging us to extend ourselves for more meaningful things that result in greater social enrichment, culturally, intellectually and spiritually. 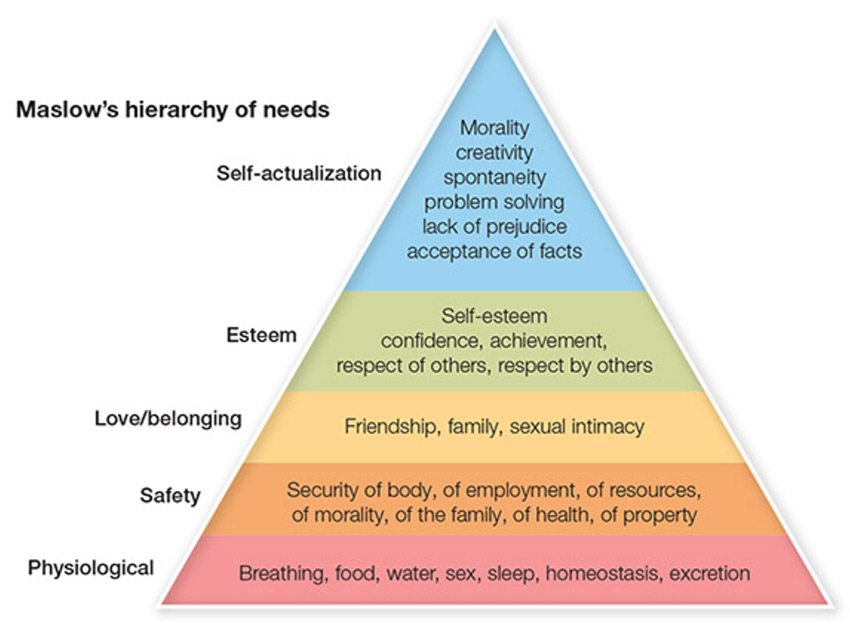 In this line of reasoning, it’s worth mentioning that much of our culture today is provided by artists and writers who thrived in generations past. (Indeed, many of the comic book heroes who grace movie screens today debuted 50-80 years ago). There’s little market for today’s storytellers, artists, poets, artisans or philosophers because it’s difficult for them to make a living from doing so. These people once gave society great value, but today their creative capabilities are sidelined by the demands of a cutthroat economy.

The financial benefits inherent to the Collective Capitalism afford the provision for abstract social concepts and enlighten the subjects we discuss, goals we set and behaviors we value. Because all core needs are met in this model through technology, the stresses and efforts that were previously required to meet the demands of life are no longer present. Concordantly, we no longer need to distract ourselves with fleeting content to make ourselves feel better in the face of these stresses and efforts, allowing us to finally concentrate on what we truly want as people, as we truly want it.

Over time, this will further mitigate existing social problems and increase the scale of shared economic prosperity on multiple fronts which allows our society to look inward and mend its wounds to become stronger and form a more cohesive cultural identity based on an improved quality of life.

Notably, this is an identity that can refresh our reputation abroad. When combined with the provision of Scarcity Zero’s technologies internationally (allowing other countries to further increase their own quality of life) this affords us a degree of appreciation that can work to re-solidify the United States as the center for global economic and cultural identity. Additionally, it can extend our humanitarian outreach and also lead to stronger alliances.

Scarcity Zero would have done far more for Haiti than the largely ineffective relief efforts that consumed a total of $14 billion,[19] the same with any other area victimized by natural disasters. Additionally, we maintain allegiances with other countries today based largely on inexpensive resource acquisition and the security assurances and weapons exports that come with them. But an allegiance of security is an allegiance based on fear…and fear knows little loyalty. Rather, we could create allegiances based on social and economic improvement and a functional end to the social afflictions inherent to resource scarcity and climate change. These are allegiances based on far healthier terms amid a global climate of heightened economic prosperity and easier conditions for peace.